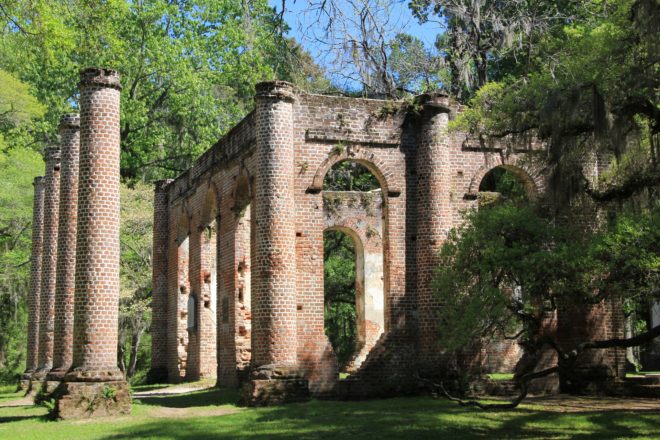 For American history buffs and road trippers alike, the Old Sheldon Church ruins near Beaufort, South Carolina provides a wonderfully unique experience. Nestled deep in the heart of the Carolina low country swamps and oak woods, walking the grounds feels like a trip back in time. There’s nothing modern here; no guardhouse, no kiosk and vending machines, or paved paths. Just a simple iron gate and the wilderness. Spanish moss drapes from the trees as if a prop designed to isolate you from the outside world.  Dating back to the 1750s, it’s one of the oldest structures you’ll find along your journeys, but it feels much, much older in the surroundings.

Sheldon Church was originally completed in 1753 by William Bull near his Newberry Plantation. Bull was lieutenant governor of the South Carolina colony and assisted with the layout of Savannah. Unfortunately, the church was burned by British troops in 1779 during the Revolutionary War. The brick structure remained intact and was rebuilt in 1826. This was also short-lived as it was either burned by Union soldiers during General Sherman’s March to the Sea or had its wood and fixtures scavenged by locals to rebuild their own destroyed homes shortly afterward. Sheldon Church was never rebuilt and today the solid skeleton of the original structure remains for visitors to get a rare glimpse into the past. 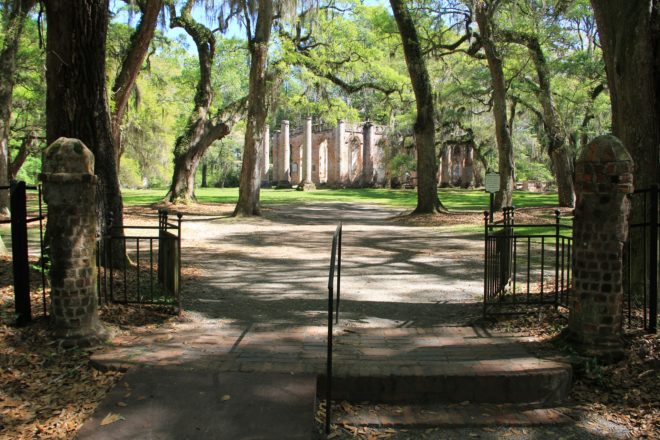 Today the church ruins are owned and maintained by the St. Helena’s Church in Beaufort. Old Sheldon church had originally been an outlying ‘church of ease’ for worshipers in the St. Helena’s parish and an annual Easter service is still held there. Visitors are welcome to tour the grounds, though there are no guides or signage. A dirt parking lot is cut out from the woods across the street. Keep in mind that the ruins are located in the low country with a large river and swamps near the property, so be mindful that there may be poisonous snakes around. Enjoy the beauty of the surroundings and be sure to bring a camera for some amazing pictures. Walking through the old ruins is a moment you won’t want to forget.

Getting to the ruins is easy. Old Sheldon Road is located near the junction of highways 17 and 21 near Beaufort, South Carolina. From Interstate 95, get off on exit 33 and follow highway 17 for about 8-10 miles and Old Sheldon Road will be on your left just before the highway 21 split off to Beaufort. If you’re heading to Charleston, highway 17 is a wonderful back road to travel.

Watch my video below for several high resolution pictures of the Old Sheldon Church and grounds. Enjoy! 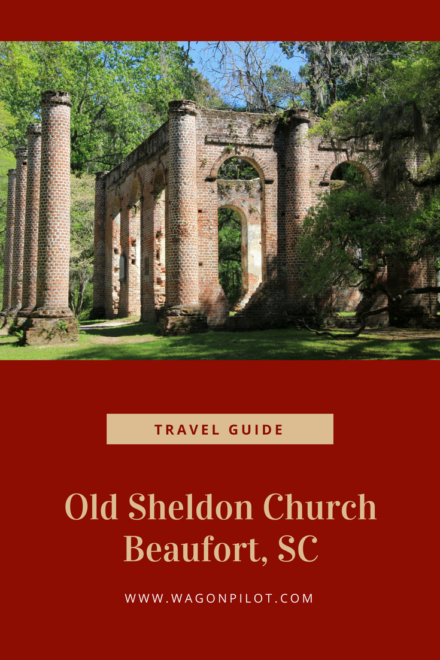 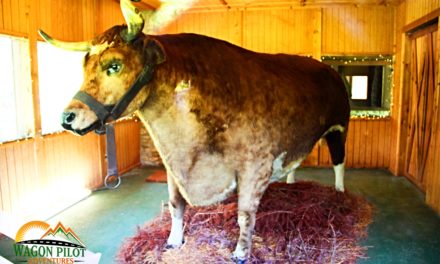 Old Ben and the Sycamore Stump in Kokomo, Indiana 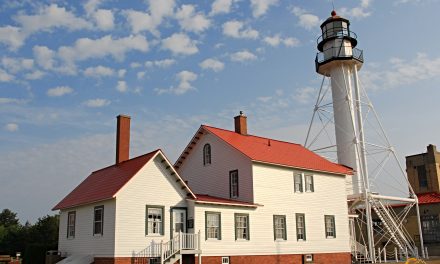 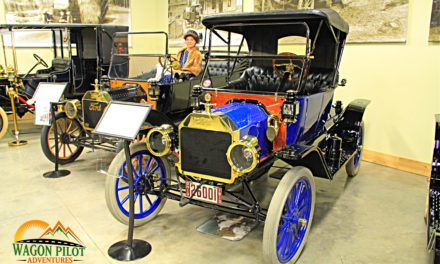 18 Things to do in Richmond, Indiana