It’s not every day that an inspirational book is based on hard work and perseverance instead of just feel good quotes. Ashley Eckstein’s new book, It’s Your Universe, does so by way of following Ashley’s own ups and downs from childhood through today. It’s a bit of light autobiography, but mostly focuses on steps you can take to keep motivated and also the value of not giving up easily.

Ashley was a featured speaker during this year’s Disney Social Media Moms Celebration while we were at sea and gave each of us a pre-release copy of her new book. It’s an easy read, written in a casual conversational tone to appeal mostly to young girls, but carries a message a broader audience will appreciate. I have to admit, her positivity is contagious and I enjoyed reading it as much as my daughter. 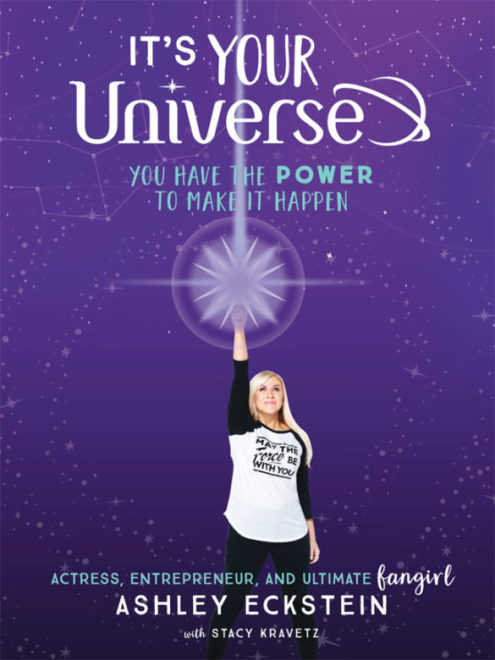 In the first part of the book we get to know Ashley. Her roots in Orlando, school life, and the struggles with beginning her career at Walt Disney World. She didn’t walk on set as a child star, but rather worked hard at more menial jobs and bit parts to move forward. It’s through these challenges that we start to see how dedicated she is in working towards goals and not giving up when plans don’t work out. A great message for kids, and even adults trying to make it in the world.

Ashley Eckstein is most well-known for her role as the voice of Ahsoka Tano in the Star Wars Clone Wars animated series. Being the first female Jedi cast in a lead role, Ahsoka opened a new door for long time Star Wars fangirls everywhere. Ashley proved to be more than just voice talent, she made a point of going to conventions to give her support to the women who haven’t been taken seriously as sci-fi and fantasy fans for decades. Out of this, came a new idea: Her Universe, a clothing company aimed squarely at fangirls.

Ashley once again takes on a challenge that requires persistence. At first, Lucas Films rejected her idea. Instead of giving up, she sought out others in the industry who could help her form a more viable business plan and continued to gather support for her brand at sci-fi conventions and online. Finally, despite doubts from Lucas Films, she got a Star Wars merchandising license. From day one it has been a growing success story.

Aside from focusing her company towards girls of all ages, Ashley has also made it a goal to promote positivity and self-reliance. It’s Your Universe is merely an extension of her philosophy and offers valuable life lessons for future strong women. Throughout the book you’ll find helpful advice on things you can do every day to keep motivated and places in the book to write down your own thoughts.

Circling back to her origins at Disney World, Ashley designed a crest for her products based on Disney messages and characters who inspired her. I’ll close with her personal mantra, which she includes on the tags for her princess inspired designs. It’s Your Universe is available now in print and digital formats. You can pick up a copy from Amazon or other book retailers.

I will work hard,

I will always see the light,

and fill the world with sunshine,

My voice is my own,

My reflection is my warrior,

and choose my own adventure,

I am a shooting star,

I will wish, I will believe,

I will dream it, I will do it,

I am a Disney Princess. 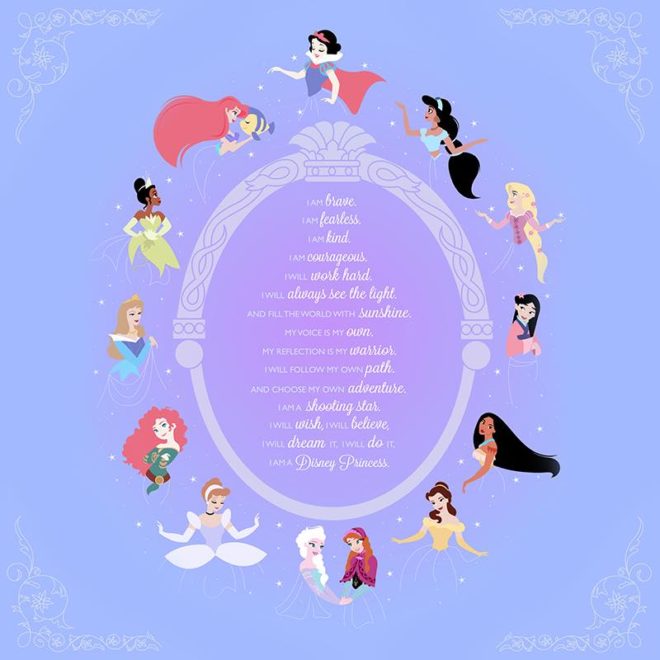 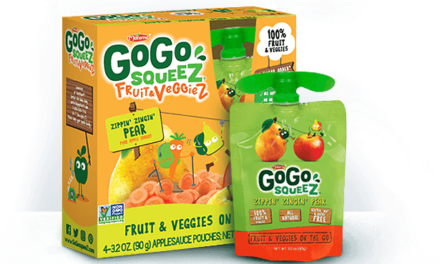 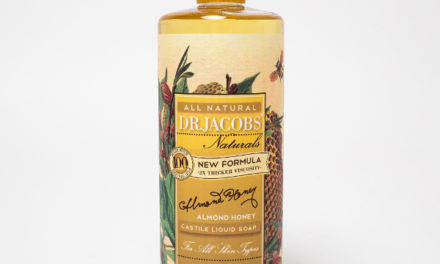 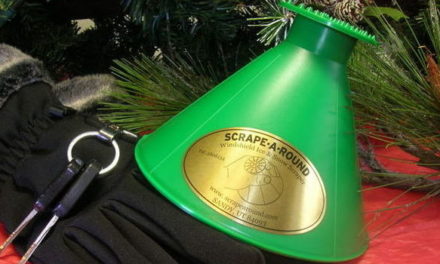 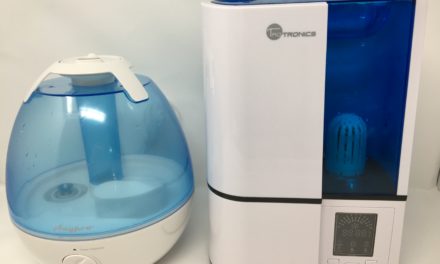